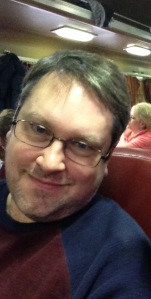 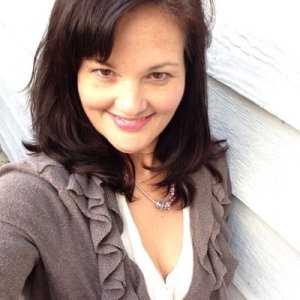 Drew and Kathryn met the first time via an online dating site a few years ago.  They chatted a bit and immediately put each other on the friend shelf.  Fast forward a month and Drew noticed that they had a mutual friend on Facebook, so they started texting and talking again which led to a few dates.  Then Drew did a very honorable thing and told Kathryn that although she was fabulous, his heart belonged elsewhere and he didn’t want to waste Kathryn’s time.  They friend zoned each other and went on to enjoy other relationships for a couple of years, some better than others.

Both having suffered some heartbreak and weathered some crazy post breakup happenings – the two decided to reignite their friendship again.  They did everything together, pub crawls, movies, hiking, roller coasters etc…  Kathryn became Drew’s wing-man and vice versa; although Kathryn loves to point out that she successfully procured Drew numerous dates for which he just didn’t seem willing to close the deal and for which Drew never really procured any dates for Kat.

Although the two didn’t know it at the time, their first date took place at a Havoc Hockey game where others were supposed to have met them, but no one showed up but them. They laughed, drank Black Eyed Susan’s and got totally snockered and somewhere in there they shared their first kiss. 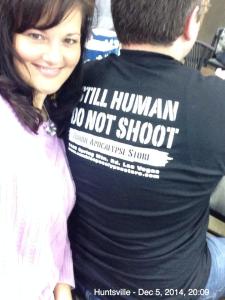 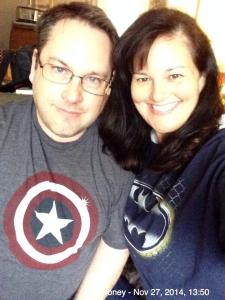 Determined to ‘just be friends’ they both continued to pursue other people and their friendship continued to blossom.  It wasn’t until they both decided to give it a serious go the night of the ‘Unknown Lyric’ concert at Lowe Mill’s, Concerts On The Dock that Drew referred to Kathryn as his ‘Diva’ which made Kathryn snort wine out of her nose (not a very ladylike thing to do or witness I’m sure) that they both started to realize what others were already seeing – that they were falling in love.

Drew moved in with Kathryn sometime in October of 2014.  In November they decided to enlarge their furry menagerie to include two crazy Frenchton puppies – a very serious commitment on both their parts.  Although Christmas was spent apart the Sunday after illicited a very serious conversation that resulted in Drew asking Kathryn to look at engagement rings on New Years Day – You know just for an idea on size and taste.

On April 12th, with the Smoky Mountains as a backdrop and funny anecdote after funny anecdote on how Kat sabotaged her own proposal SEVERAL times before that Sunday, Drew popped the question perched precariously on a rock overlooking a very fast moving stream and all Kathryn could say was, ‘Hurry up and take the selfie!’  Before she realized the ring she had chosen on New Years Day was attached to Drew’s phone. 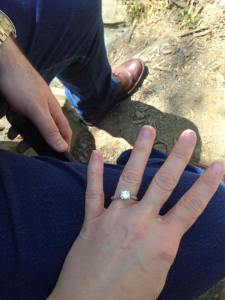 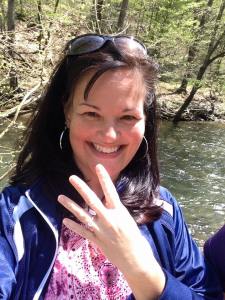 Always wanting an October wedding and NOT wanting to wait a year and a half – Kathryn and Drew set a wedding date of 3 Oct 2015. 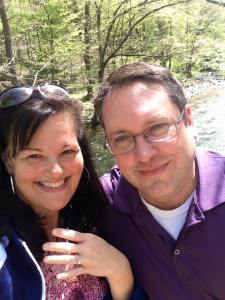 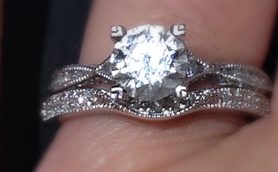 2 thoughts on “About us”

This site uses Akismet to reduce spam. Learn how your comment data is processed.

Apps for any screen

Bits and pieces that culminated into our special day.

Facing the Music of Marriage & Motherhood

The Best of the visual Web, sifted, sorted and summarized

Thoughts on Everything: A Virtual Cabinet of Curiosities

Your Body, Energy and Mind Blog

...just a man who's intentions are good.